Watching my friends on social media trying who are slowly recuperating from Harvey’s devastation, I recall the beauty of the Bolivar peninsula, east of Houston. I was so enamored of the beauty of the area when I visited there about three years ago that I located much of the early part of Machine Sickness in the area.  The people of the area struck me as deeply self-reliant and resourceful, and that was part of why I set the beginning of the global catastrophe as occurring in the offshore oil platforms of the Texas Gulf Coast. While disaster fiction can be entertaining, it is heartbreaking to think of a real-life disaster striking the area described in the book:

Right? Or left? To her left, a jacked-up pickup truck was parked on the sand about a quarter mile away, but she didn’t see the occupants. She turned right instead and picked a random destination for her walk. Half a mile or so south was a cheerful apricot-colored house right across from a head of sand pointed into the water; that was her mark. She started towards it, savoring the sun on the left side of her face. The mid-morning temperature was just right for a walk, with a breeze that was cooling but not icy, and she settled into a soft-kneed, easy pace on the sand. Low wavelets broke with soft sighing sounds. A lone pelican cruised by, south-to-north, perhaps fifty feet above the waves. She swung her arms as she walked, making huge circles like 3D snow-angel wings, trying to release the road tension from her neck. She paused and shaded her eyes, turning in a circle.
The distant truck’s occupants turned out to be a white man and woman, now seated on a blanket and watching a small beige child play with a pail and shovel. DD spotted the oil rigs, just far enough out that one could see them only on the clearest of days, like today. And there was something moving near the rigs, a boat, too far out even to get an idea if it was a small, slow, close craft or a large, fast, far one.

And another snippet about the ferry between Galveston and Bolivar:

At the boarding station, she obeyed the ferry crew, who gestured with neon-yellow gloves for her to take lane number three. She pulled her little SUV in line where it was eclipsed behind a customized Ford Expedition, and lilliputianized next to an F-350 (yes, I’m in Texas, truck capital of the USA). She cut off the engine. The sun was two fingers’ breadth from setting and the bay was choppy, with steely gray waves in sharp regular rows like a bastard-cut file. The fall air was fresher now that the sun was low. A dolphin’s supple back gleamed briefly among the waves. Pelicans circled and dropped, lunging into the water with flapping feet.

The ferry’s motor was running, a slowly oscillating bass growl she could feel through the soles of her feet and up into her hips. She returned to her car and checked her e-mail: nothing pressing. She watched a tiny tugboat push a gigantic oil platform towards the cluster of refineries ashore. A group of laughing children ran along the beach. She glanced back down at her phone, then looked up and slammed her foot on the brake in panic, briefly disoriented seeing the dock pylons moving past her as the boat left its berth. The ship’s start had been so gradual she hadn’t felt the movement.

She got out of the car again and circled the walkways around the deck. Reaching the rail at the bow, she stood next to a bronze-faced Hispanic family: dad, mom, and three girls with silky long black hair, the youngest’s in two long braids. The sunset comprised utterly saturated, extravagant streaks of lemon yellow, apricot, and lavender. Another dolphin! The latex-shiny grey fin and back were gone, back below the whitecaps, even as she exclaimed aloud, “Dolphin!” The family scanned for it in vain, the little girl bouncing on her toes. DD smiled, thinking of her own innocent little girl, years ago, and a familiar pang of grief-guilt-fear shot down the smile, just as quickly.

The lights of Houston twinkled to life on the horizon below the sunset. She checked her phone again; five full bars of coverage, but still no response from Tim.

I know the people in the area are part of a strong and caring community, and they will help one another recuperate from the storm. As a believer in radical decentralization, I am always looking for local groups which put most of their resources into  love in action. Accordingly, I made a donation to the Cajun Navy, and I encourage you to donate as well. 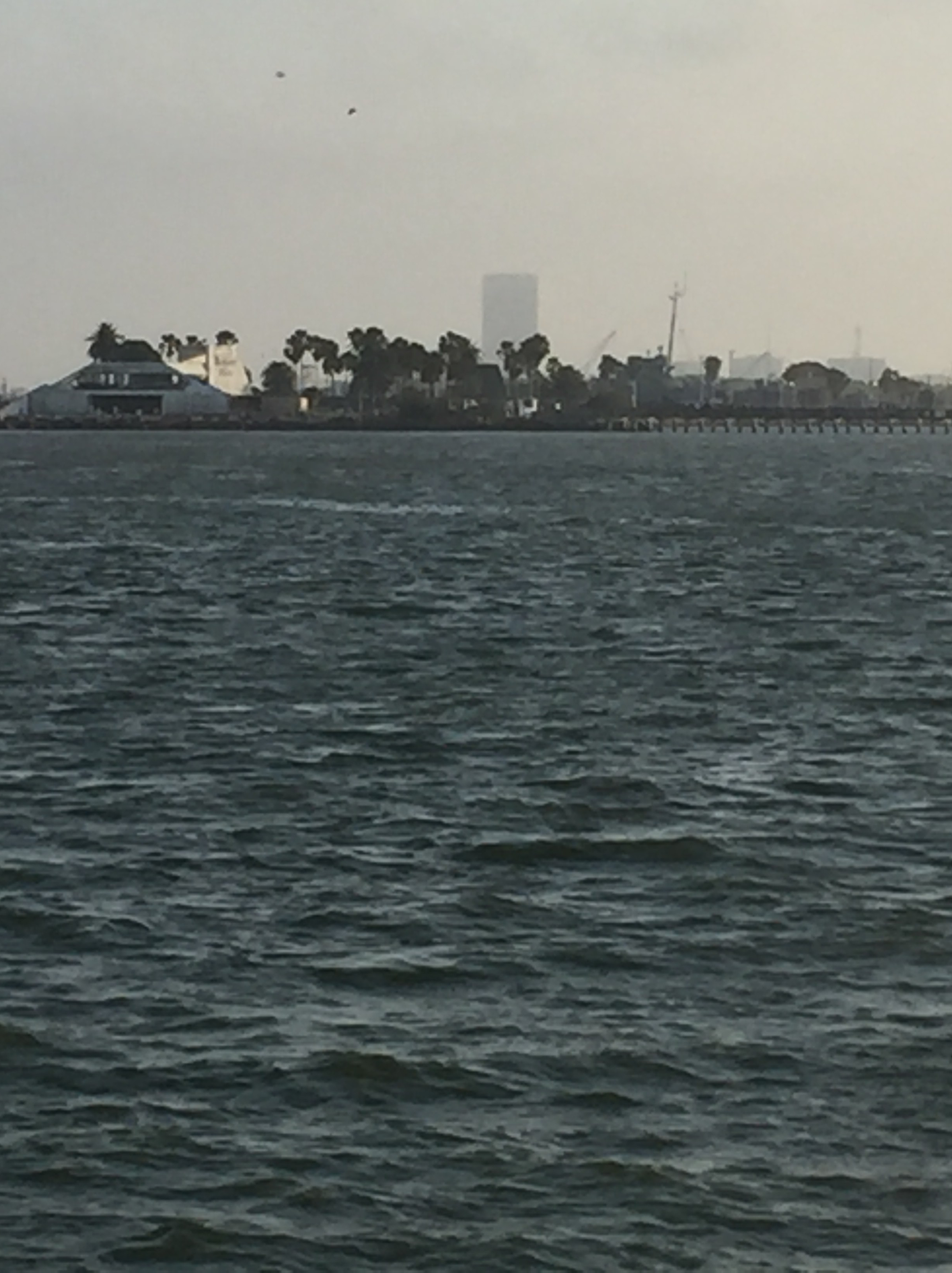 Many of my readers have commented this week that the setting for part of Machine Sickness is getting pounded. Galveston and Houston are getting inundated after being pounded by Harvey.

I chose that setting because of the resiliency of the local people and their symbiosis with the Gulf of Mexico, including the oil deposits which seep out and feed the population of Obligate Hydrocarbonoclastic Bacteria (OHCBs).

As the Cajun Navy rolls in from Louisiana, providing radically decentralized rescue, I can only hope and pray for all the people in the path of the devastation, and know that their grit and resiliency will help them recover.